Nancy Pelosi, a Democrat from California, is the Speaker of the US House of Representatives.

On June 4, people will celebrate the 33rd anniversary of the Tiananmen Square massacre.

That day – a date that has been engulfed in the consciousness of all liberal people – we remember one of the greatest acts of political courage in modern times. The horrific massacre of its citizens by Beijing crushed the protest, but it could not extinguish the flame of freedom burning in their hearts.

However, a generation later, Beijing is fighting harder than ever to extinguish this flame. Indeed, over the past 30 years, the horrific history of human rights and repression of the Chinese Communist Party’s civil liberties have deteriorated.

On Wednesday, Beijing launched its latest attack: it ordered the arrest of 90-year-old Cardinal Joseph Zen, honorary bishop of Hong Kong. Zen was accused of “colluding with foreign powers” after serving as the administrator of a now-disbanded aid fund that provided criminal defense to those charged in cases involving freedom of speech and expression. Four colleagues – lawyer Margaret Ng and singer-activist Denise Ho, scholar Hui Po-keung and former Legislative Council member Cyd Ho – were also arrested under the same pretext.

Mark Simon: Why is China afraid of a 90-year-old Catholic bishop?

Zen is a staunch supporter of democracy in the Catholic community, advocates for religious freedom in Hong Kong and, in 2016, urged the Vatican to reject an agreement that would give the People’s Republic of China the right to vote for the ordination of bishops. But he is not only the leader of Hong Kong Catholics and other Chinese Catholics. To a wider audience, it is a critical voice of conscience: an embodiment of moral strength, which has been a constant presence as Hong Kong led a decade-long pursuit of the freedoms promised by surrender to British rule.

These arrests are part of a crackdown on the so-called 2020 National Security Act, which is designed to eliminate any controversy in Hong Kong. Beijing has used the law to stifle freedom of the press, assembly and speech, arresting activists such as Joshua Wong, Benny Tai, Jimmy Lai, Lee Cheuk Yan, Gwyneth Ho and Carol Ng. Now empowered by the installation of another strongly pro-Beijing leader in Hong Kong, the Chinese Communist Party has trained its gaze on Zen and his colleagues.

In view of the transfer of sovereignty from the United Kingdom in 1997, the Chinese government promised “a high degree of autonomy” for the territory: with independent executive, legislative and judicial powers. freedom of speech, of the press, of assembly and of religion; a path to universal suffrage. and an assurance that China will not interfere in the affairs handled by Hong Kong under the Basic Law. But almost 25 years later, China’s commitments have been completely abandoned. Any pretense that Hong Kong’s rights will be respected has been dispelled by violence and intimidation.

Zen’s arrest is one of the clearest signs that Beijing’s repression is deteriorating as Hong Kong fights for its freedoms – and Beijing’s growing despair and fear of losing this fight. Indeed, this act of persecution is a sign of weakness, not a show of strength.

The Post’s View: The long arm of China’s dictatorship reaches as far as the United States

As President of this House, I have the blessing of watching closely the courage and commitment of Cardinal Zen. When I met him in Hong Kong in 2015, he warned that “one country, two systems” was in great danger. And when we first met – in 2020, at the US Capitol, where I awarded him the Wei Jingsheng Champion of the Republic of China Award Spoke again vigorously about China ‘s broken promises.

Zen and three of his colleagues were released on bail, but the charges remain in force, with each facing the prospect of life imprisonment. We must all condemn their arrests, which are a violation of religious freedom, civil liberties and human rights. As I have said before, if we do not talk about human rights in China because of commercial interests, we lose all moral authority to talk about human rights anywhere in the world.

Congress, on a bipartisan, bilateral basis, has always supported Hong Kong in its struggle for its freedoms. In 2019, a bipartisan Congress passed the Hong Kong Law on Human Rights and Democracy, which is now law. We have made Beijing responsible for human rights abuses by passing legislation to crack down on horrific campaigns against Uighurs, Tibetans, activists on the mainland and many others – and we will continue to do so until these abuses stop.

For the people of Hong Kong – and for any longing for freedom around the world – the entire international community has a responsibility to speak out against these arrests and to demand that the CCP stop its abuses. People are watching.

The MSNBC guest wants to “make sweet love” with the burglar of the Supreme Court, “gladly abort” the fetus if she becomes pregnant 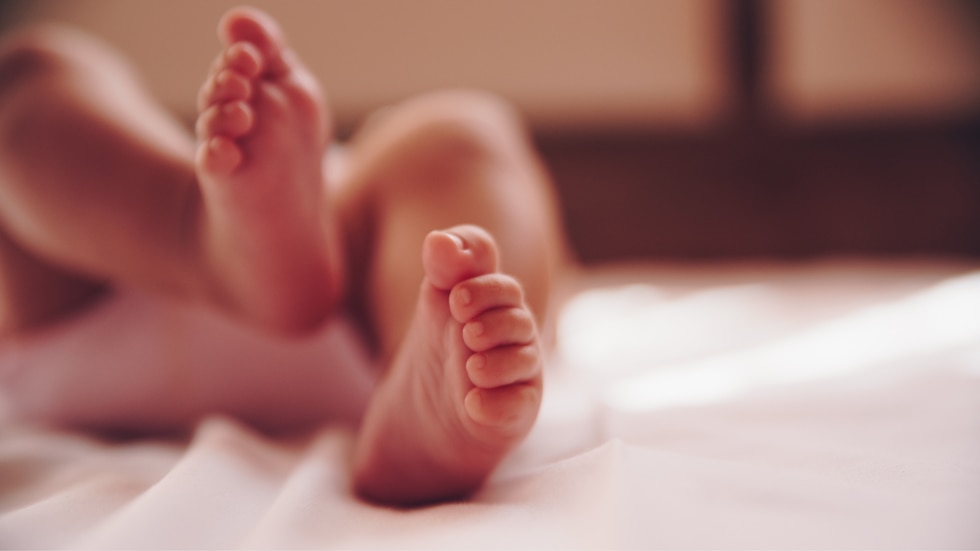 The groundbreaking new study finds a possible explanation for SIDS