The makers of the AYA Neo and AYA Neo Next gaming laptops have introduced a new model with an OLED display and a smaller, lighter design. The AYA Neo Air weighs less than 420 grams (15 ounces) and is about the size of a Nintendo Switch Lite.

But unlike the Switch, this is a full-fledged Windows computer with x86 processor and PC gaming capability. The AYA Neo Air is also expected to be one of the most affordable devices from AYA to date. It is scheduled to be released in mid-May.

AYA has not revealed which processor that the small computer will use, but the company has indicated that it will be a Ryzen 5000 series chip, most likely set to run at 12 watts to balance power consumption and heat output. And since AYA has indicated that price will be competitive, there is good reason to believe that it is could be a Ryzen 3 chip with Radeon Vega graphics instead of a higher performance Ryzen 5 or 7 series processor.

Some official images also reveal that the AYA Neo Air will have two USB-C ports, a headphone jack, a microSD card reader and RGB lighting effects under the analog stick. Other features are expected to include an x-axis linear motor and the OLED display will support 107% NTSC color gamut. Independent reports suggest that the screen will be 5.5 inch screen, 1080p.

The first images in the game montre and TDP 12W. Press conference in May by @ArthurZhang_AYA pic.twitter.com/I8uU9pDaxP

Chinese computer makers have created a growing number of gaming laptops in recent years. But with the arrival of Valve’s Steam Deck on stage, their value proposition is becoming increasingly questionable. Sure, systems like the GPD Win, AYA Neo and ONEXPLAYER range of devices may have more powerful processors or other bells and whistles missing from the Steam Deck, but the Valve handheld device has an affordable starting price of $ 399 and AMD RDNA 2 graphics, enabling it to deliver higher frame rates in most games. 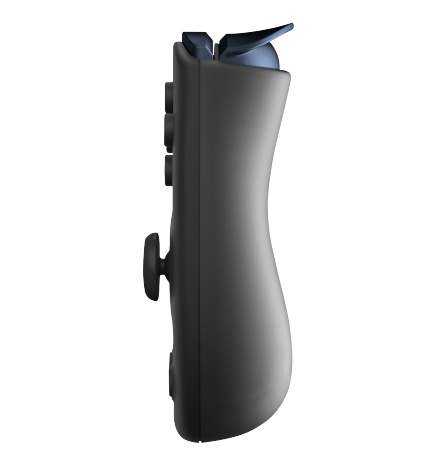 But the Steam Deck is also a large and heavy device, weighing 1.5 pounds and measuring 11.7 x 4.6 x 1.9 inches. This could make it inconvenient for extended gaming sessions compared to a more compact device like the Nintendo Switch Lite, which measures 8.2 x 3.6 ″ x 1.1 ″ and weighs about 10 ounces.

If AYA really manages to deliver a full Windows PC that is about the size of a Switch Lite and weighs less than 1 pound, then there may be reason for some gamers to consider the company’s latest Steam Deck comparison τας assuming the price is right .

AYA plans to officially launch the Neo Air in May, so we won’t have to wait long to find out how much it will cost or exactly which processor will power the new model.

Liliputing ‘s main sources of revenue are ads and affiliate links (if you click the “Buy” button at the top of the page and buy something on Amazon, for example, we will receive a small commission).

But there are several ways you can support the site directly, even if you use an ad blocker * and hate online shopping.

Contribute to our Patreon campaign

* If you is using an ad blocker like uBlock Origin and seeing a pop-up message at the bottom of the screen, we have a wizard that can help you turn it off.