Less than two miles from Robb Elementary School, where at least 19 children and two adults were killed in a mass shooting on Tuesday, the SSGT Willie de Leon Civic Center has become the focus of families looking for their children.

For more than 12 hours, families gathered silently outside the center – which served as a polling station for Tuesday’s run-off election – waiting for updates.

At least four families told CNN that parents were asked for DNA samples to confirm their relationship with their children and were instructed to wait an hour for an answer.

A father, who had just received the news that his child had died, burst into tears as many of his cousins ​​hugged him.

A few meters away, a grandmother who had driven from San Antonio said she would not stop praying for her 10-year-old granddaughter as they awaited the results of the DNA smears.

Inside the city center, city workers distributed pizza, snacks and water to families. Some parents waited in silence or cried quietly as a group of children sat on the floor and played with teddy bears. Later, a group of local shepherds and priests arrived to offer their support to the families. 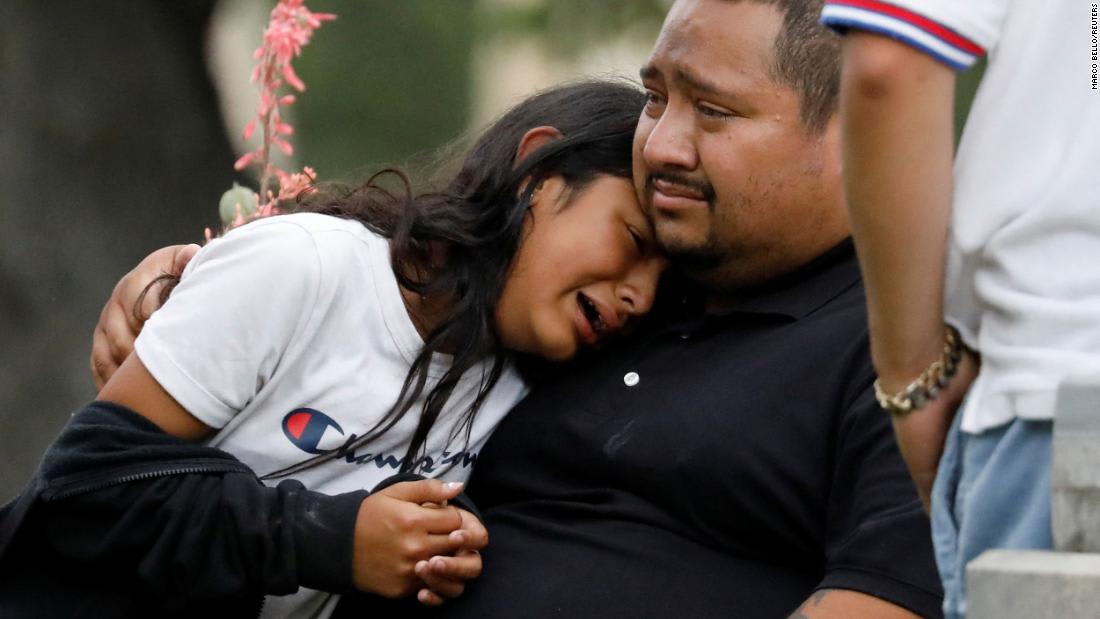 Zinna Aguilera, a 61-year-old primary school accountant, said she first learned of the shooting when a friend called to ask if her granddaughter had stayed home on Tuesday.

“It’s sad. You would never have imagined this would happen in Uvalde, Texas. I have lived here for 32 years, I went to this school, my sisters, my siblings, my grandchildren, my daughters, everyone. If you lived in it. in the area, you went to this school “, says Aguilera.

People in this predominantly Hispanic neighborhood sat outside their homes after the shooting, some with their families while others gathered with neighbors.

“We are in this neighborhood forever, we have cousins, brothers, sisters, nieces, nephews who live on the same streets or in a few blocks,” Aguilera said.

Opposite the school, Adolfo Cruz was waiting for information about his 10-year-old granddaughter.

The 69-year-old air conditioning contractor was answering calls from worried family members and friends, while watching local and state police walk inside the school building.

Cruz, a cancer survivor, said he could not lose hope, but wondered how no school resource officer could stop the perpetrator from entering the campus.

“Where were they (officers)? How did he cross the school fence? ” said Cruz.

Adela Martinez and her husband Paul Martinez, a former city council member and former furniture store owner, talked about the grief that is spreading in this city of 16,000 inhabitants.

“We are like a big family here. Can you expect something like this (shoot) in big cities like New York, but in Uvalde? “If it happened here, now I think it could happen anywhere,” said Adela Martinez.

The Mystery of Monkeypox’s Global Spread